I’ve written about the severe culture shock I experienced when I packed up my life and moved to Beijing with my husband. I hated it at first, probably because I knew so little about it; I arrived with very little knowledge and a truck load of misconceptions. Here’s some of what I learnt after three years of muddling through:

END_OF_DOCUMENT_TOKEN_TO_BE_REPLACED 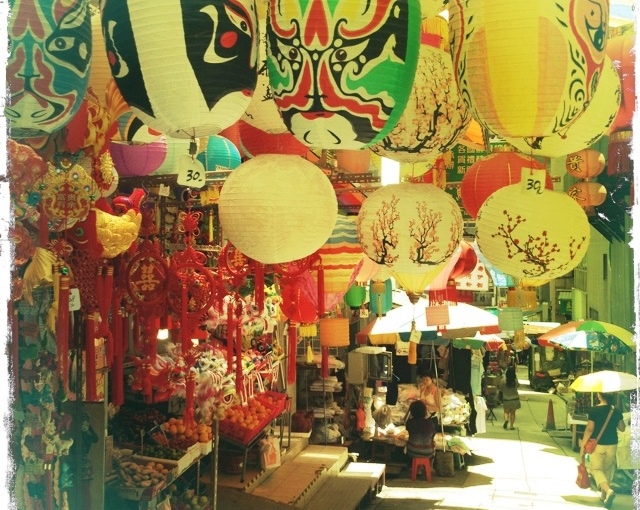 When we swapped our humidifiers (bone dry Beijing) for dehumidifiers (perpetually soggy Hong Kong) I thought I’d died and gone to heaven. Hong Kong was the antithesis of Beijing in every way.

Beijing was dusty and barren, Hong Kong lush and dense and evergreen. Beijing sprawling and confusing, Hong Kong neat and contained and manageable. Beijing perplexing, Hong Kong recognisable and familiar. Beijing had spit-infested pavements, in Hong Kong spitters can be fined. In Beijing I was starved of English (or any) media, Hong Kong has book stores galore.

END_OF_DOCUMENT_TOKEN_TO_BE_REPLACED

*{A retrospective — to a post written in early 2014, soon after we moved back to South Africa after nearly 9 years in Asia and the UK. It’s fascinating to read it 4 years down the line, something I’ll be chatting about more in my upcoming Newsletter}*

Six months after moving back to South Africa, I still wake in a cold sweat and question the sanity of having left our comfortable life in Blighty. After all, South Africa is not for the faint-hearted. It’s beauty astounds you one minute and the inequalities make you despair the next. Extremes underpin so much of life here, and the issues that compel people to leave – crime, corruption, poor service delivery – are real.

My relationship with this country has blown hot and cold in the nearly two decades that I’ve come and gone. The first time I emigrated, to Australia, I was relieved to bid farewell to a place whose politics I despised. I grew up mixed race during apartheid and though privileged, I struggled with identity in such a racialised society. I found it hard to relate to life in homogenous, regulated Australia though and came running back after less than two years.

Six years later I followed my boyfriend (now husband) to Beijing where he’d been offered a job, and by then, I’d fallen head over heels for Cape Town. But still, I couldn’t resist one last adventure and so off we flitted, totally unarmed for the culture shock that lay ahead.

My memories of Beijing are so surreal I often pore over photo albums just to convince myself I didn’t imagine the whole thing. Cycling round the streets in an apocalyptic smog, undecipherable neon signs everywhere, with a swarming mass of people who spoke a language (cultural and linguistic) so very different from my own. I made the most amazing friends, and discovered so much (the Sichuan food cravings haven’t gone away and random Mandarin words still pop into my head).

It was a hugely enriching experience and despite constant homesickness, we got hooked on expat life, moving from Beijing to London via the unique, pulsating city of Hong Kong. And got married and had two kids somewhere in between all the packing and unpacking of suitcases.

What was it, eight years later, that made us come back? Perhaps the smogginess of Asia and the sogginess of Britain wore us down. Perhaps we became jaded from having to reinvent ourselves with every move. Maybe it was the grind of raising young kids with little help far from home. Or the yearning for unfathomably big blue skies, waking to the squawk of a hadeda, and the comfort of being with people who know you, your history, warts and all.

Being back, there have been a few crises of confidence in the future of our country. Some minor niggles – a brief panic over load shedding (that never took place), and generally adapting to the less sophisticated infrastructure. Some not so minor – the Pistorius trial dominating the news, Nkandla. And a major niggle – stories of crime affecting those close to us.

Socially, we haven’t just slipped back into our old lives. Not that we imagined friends would be clamouring round fighting to get a piece of us, but things have changed and people have moved on. Much of this is a stage-of-life thing, where people have turned inward to focus on raising their families. We’ve done the same. Nonetheless, we’re having to carve out a new space for ourselves.

One of the hardest things to reconcile is the disparity in the lives of the haves and the have-nots. This uncomfortable truth cannot easily be ignored. The short stretch of road on my daily school run is like a microcosm of life here, where wealth and desperate poverty coexist. Moments after you pass an exclusive gated community cosseting the privileged minority, you’re left contemplating life behind the high walls of one of the country’s most notorious prisons.

This being my first Cape winter in eight years, I realise how much I’ve missed the stormy north-wester and pelting rain that makes everything sparkly green. Rugged up on the sofa, there is also the lurking thought that many are not warm and dry. And so it goes. Gratitude, and guilt, back and forth, round and round.

It’s these issues that have made me flip-flop constantly over whether to stay away or return and the reason why, even after our tickets home were booked, I was still on the lookout for reassurance that we were doing the right thing. I was heartened when the moving company commented on a surge in families returning to Cape Town; encouraged by local media reporting on a ‘brain gain’ with many expats returning.

My feelings, I think, echo those of many in the South African diaspora. Their longing for home is palpable, even while they bash the country from afar and make gloomy predictions about it imploding.

But here we are, and as the months go by I’m less focused on fortifying our house, fretting instead about whether the boys will get into good schools and where to find paraphernalia for Easter bonnets or stokies for winter.

My kids are thriving under these African skies and I love admiring their mozzie-bitten ankles, bruised shins and sun kissed skin. I feel totally energized after time spent with fellow South Africans who love this place and refuse to focus only on the negative. On voting day this year I felt a sense of belonging I’ve not had anywhere else. There was an air of optimism that was uplifting.

Ultimately, it’s not about this place trumping that place, or choosing the right place. It’s about home, and where that is for you. And despite my fickleness towards this beautiful, spirited country, it is undeniably my home, and the only place in this wide world I’ve felt like sinking roots deep into the earth.

When we lived in Hong Kong I found the expat supermarkets mind boggling. Talk about being spoilt for choice. Not much grows in this high-density concrete jungle yet browse the aisles of their supermarkets and there’s very little you can’t find. In season, out of season, every delicacy from every corner of the globe.

As wonderful as it is to live in the southern hemisphere and eat berries in winter, it’s far from a carbon neutral experience. Many miles are covered and many fossil fuels burnt to get those berries to you – plus untold amounts of pesticides sprayed to ensure they arrive looking pert and fresh.

Eating what’s in season, I’m learning more and more, has few (if any) downsides and scores of upsides. Here, in a nutshell, are just some of them:

And check back here soon for my Cape Town seasonal eating chart.

A decade ago, footloose and fancy free, I followed my husband on a posting to Beijing. I figured that as a well-travelled anthropologist, adjusting would be a doddle. Turns out I was woefully underprepared and suffered a severe case of culture shock. I was a terrible China basher and couldn’t understand the love Sinophiles had for the country. To me, it was dusty, barren, ugly, unforgiving, brutal and incomprehensible.

Beijing is one of the world’s megacities and boy do you feel it — the heaving mass of people, the congested highways, the asphalt, the skyline crammed with cranes, the retail mania. And worst of all, the pollution. We arrived in this insane city in the run-up to the Olympics. Construction was in overdrive, choking the already filthy air with dust particles, making it difficult to breathe.

When we lived there I seldom bothered to check the pollution index –  just by looking out the window I’d know it was through the roof. Breathing the air was so toxic, many of the international schools had sealed outdoor domes where kids could play sport. And those face masks that people wear? Apparently useless at keeping out the really nasty particles.

It all felt very post-apocalyptic. I’ve never felt the disconnect between man and nature as much as when I lived in Beijing. Everything felt artificial, even the rain – which, sometimes, it was. After particularly dry spells, the government would shoot chemicals into the sky to make it rain – it’s called cloud seeding and it’s a thing.

During international conferences (when foreigners would stream in) factories would be shut down and the change in the environment would be almost immediate – you’d see the bluest skies, and actual clouds. The international delegates would leave, the factories would power up, and you’d be enveloped in a soupy smog within a day. It was super depressing – and very disconcerting how governments play God with the weather.

Living under perpetually leaden skies was by far the toughest part of our China stint. Tougher than the culture shock and the language barrier. I was in a slightly more forgiving space by the time we left, having made many wonderful friends and learnt so much. Bereft of any natural beauty, I was forced to seek it out elsewhere – to scratch below the surface and uncover some of the idiosyncracies of life in the Middle Kingdom. And, although I didn’t need much convincing, Beijing reminded me of the rare beauty of home. In Cape Town we’re blessed with the most exquisite blue skies almost daily. You do notice a yellow band of pollution when the Cape Doctor stops blowing and air gets trapped by the mountains. But everything being relative, I still like to gulp it in.